May is Jewish American Heritage Month. Please join us in celebrating by learning something new every day about Jewish America. Sign up for our daily email here.

Here are the links to our daily facts:

The Jewish Community Relations Council of Atlanta endorses and supports the Jewish Federations of North America’s statement issued yesterday on the Israeli government’s decision to deny travel to certain Members of Congress:

The Jewish Federations of North America believes that every member of Congress, without exception, should be allowed to visit Israel, irrespective of whether we agree with their point of view. The relationship between Israel and the U.S. Congress is longstanding and unique, and has served as a bulwark of America’s bi-partisan support for Israel for decades. 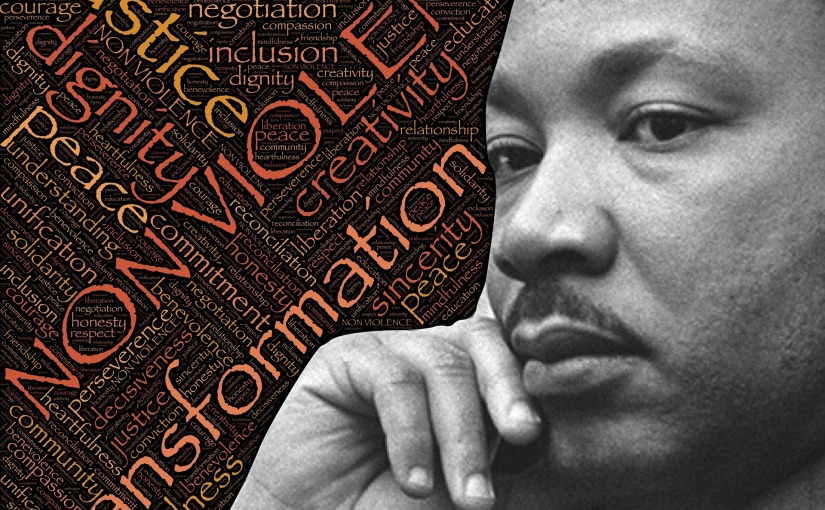 Join the Jewish Community Relations Council at the MLK Day Rally and March on Jan. 21, 2019 at 1 p.m. Step out and be heard in celebration of Martin Luther King Jr. and the values he stood for.

The JCRC is marching with the Georgia Alliance for Social Justice to use our strength to create a lasting impact and honor those who have come before us. In 2019, the anniversary of the Atlanta March for Social Justice and Women coincides with the annual Atlanta Martin Luther King Jr. March. Because the Georgia Alliance for Social Justice, founded upon the Kingian Principles, wishes to contribute to the celebrations of Dr. King’s life and legacy, they are supporting a day of service on Jan. 19. We invite you to march with us on Monday, January 21 to celebrate our anniversary at the Atlanta Annual Martin Luther King Jr. March.

Contact Leslie Anderson at 770-366-7686 or info@ jcrcatlanta.org for more information.

Comment made to the U.S. Department of Agriculture regarding a new restriction on the SNAP (Food Stamp) advocated by the Department (comment made at a vote of the attendees of the 2018 Hunger Seder):

Thank you for the opportunity to comment on the USDA’s Advanced Notice on requirements and services for Able-Bodied Adults without Dependents.

We are a faith-based organization advocating for food and nutrition programs, including the Supplemental Nutrition Assistance Program (SNAP).  We had a Passover Seder on the 6th night of Passover, that we call a Hunger Seder.  At the Seder, we took a vote and decided, unanimously, to comment on these requirements and make the point that we strongly oppose any action by the Department that would expose more people to the cutoff policy that would stop their SNAP benefits.  Under the current law, states have the flexibility to waive the time limit of three-months in areas within the state that have experienced higher unemployment.

Even having an individual exemption policy, as suggested by some, does not justify weakening states’ ability to waive the time limit in areas of higher unemployment.  Our state’s ability to exempt certain individuals from the rule is important but is totally inadequate for the problem that exists — higher unemployment in areas of the state and the many people who might be affected.

Moreover, the policy as it currently exists is harsh and unfair.  It penalizes people who are having a harder time getting a job because of market conditions, whether the unemployment is elevated or just a “normal” amount of unemployment.  It harms vulnerable people by denying them food benefits at a time when they most need it.

Please do not make this policy even harsher and more unfair.

Thank you for your attention to this matter.

Signed: the 90 attendees of and advocates at the Hunger Seder, Atlanta, Georgia

Sent via e-mail and first-class mail

122 DACA youth have lost their status every day since September when the President announced the end of the program in September 2017; they are vulnerable to immediate pick-up by Immigration Enforcement.  800,000 people who call America their home are threatened to be sent to countries that they have never known.

We support the type of bipartisan, common sense legislation that Senators Durbin and Graham have proposed to fix the program so that these innocent Dreamers will be able to stay in this country and earn their way to citizenship.  We as leaders in the Jewish community urge you to support such legislation and announce your support immediately and in the strongest possible terms.  Our own immigrant experiences are examples of coming to this country and succeeding as a community. Every Dreamer deserves the same opportunity.

The cause is urgent; the time for action is now.

David Bernstein, President of the Jewish Council for Public Affairs (JCPA), our national umbrella organization, stated “We are deeply concerned about President Trump’s actions on immigration and refugees, and the callous decision to take such action on International Holocaust Remembrance Day. These pronouncements not only severely restrict immigration, they instill fear among existing immigrant populations that they are not welcome and may be at risk. . . . . . The ‘sanctuary cities’ provision, especially, threatens to seriously compromise the police’s ability to keep communities safe by undermining trust and communication between police and immigrant populations.”

The executive order suspending immigration from seven majority Muslim countries is intended to “keep America safe”. However, we believe that a policy which closes doors to millions of legitimate travelers in order to prevent a small number of travelers who intend to harm Americans will fall short of making our country safer. This policy runs counter to nondiscrimination, equal treatment and welcoming the stranger; all core Jewish and American values. Further, if implemented will only alienate our relationships in the Muslim world, harm cooperation with allied countries in the fight against radical Islamic terror and only serve to make our country more vulnerable.

The Jewish people know firsthand the consequences of turning away those fleeing persecution. Based on our own immigrant experience and Judaism’s imperative to “welcome the stranger,” the JCRC is advocating on behalf of immigrants, refugees, and asylum-seekers who hope to build a better life for themselves and their children. Resettled refugees have consistently boosted the economy, and enriched our culture and pluralistic ethos. 91% of refugees are self-sufficient within 180 days of arrival to the United States. Not one refugee has committed a fatal act of terrorism post-9/11 in the U.S.

As the children, grandchildren, and great-grandchildren of refugees, we take this executive order very personally.  The United States currently has one of the most stringent vetting policies in the world (taking 18-36 months) and should continue this careful review in order to keep our country safe. But we are facing a severe international refugee crisis and cannot let our concerns about radical Islamic terrorists undermine another core national purpose—providing a home for immigrants. The American immigrant experience is one of the country’s greatest sources of strength.